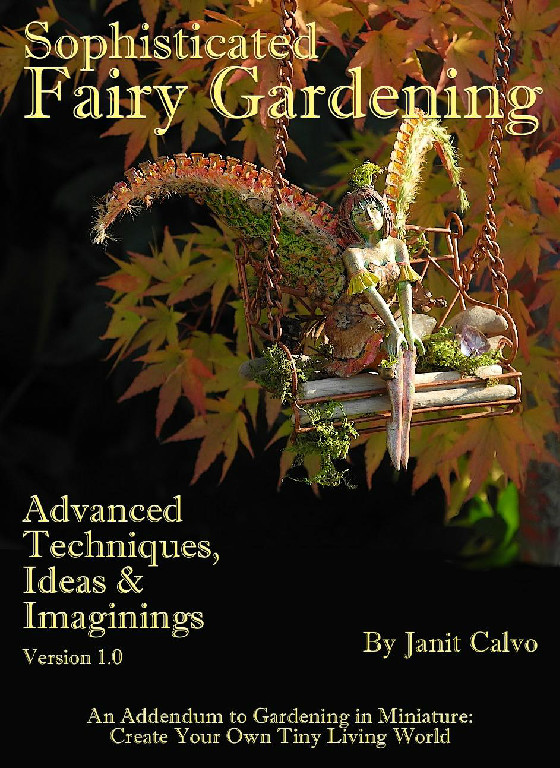 The cover for the eBook which is no longer for sale. All the chapters will now be available here, for your fairy gardening pleasure!

**Remember to scroll-down to get the photos to appear.**

When I sat down to write this many years ago, I tried to approach the fairy subject separately from the topic of miniature gardening. Now that the Gardening in Miniature book is published, and after several attempts to move forward, I realized the common denominator was basic miniature gardening and decided to peel away the fairy garden as another chapter in the book. Needless to say, it’s become more than a chapter.

I hope you enjoy this book as much as I enjoyed creating it for you.

And remember, whatever you do, make it fun.

“Whether you believe in fairies or not, either way, you are right.”

Fairy gardening has captivated the imagination of gardeners throughout the countryside as people are cleaning out old wheelbarrows and clearing forgotten beds in the garden to make way for these tiny magical people. Some blame the grandkids to help explain their passion to outsiders, others are more than eager in sharing anything fairy and can’t seem to get enough. The mere mention of the word fairy instantly sends the mind spiraling into a fantasy world filled with plants, pretty wings and sparkles in the air. It’s such a creative idea too, ripe with magic and bursting with inventiveness and originality

The fairy presence is interwoven throughout our history and reaches back for centuries in almost every culture. Some regard them as angels that have come from heaven to help us. Others don’t think about them as mystical beings until we get in the garden or take a walk in the forest but, aren’t they always there? Have you ever been out alone in a forest or field and felt the presence of something? Have you ever caught something out of the corner of your eye only to turn to look, and it was gone?

Welcome to a romp in the fairy garden as we add a touch of the fae to our miniature garden expertise to bring you a honest and candid view of how to make a believable and realistic fairy garden. It won’t be “if you build it, they will come” sort of thing though because… Wait. Did you hear that little sound just now? It could be your fairy, they are already here and waiting for you. 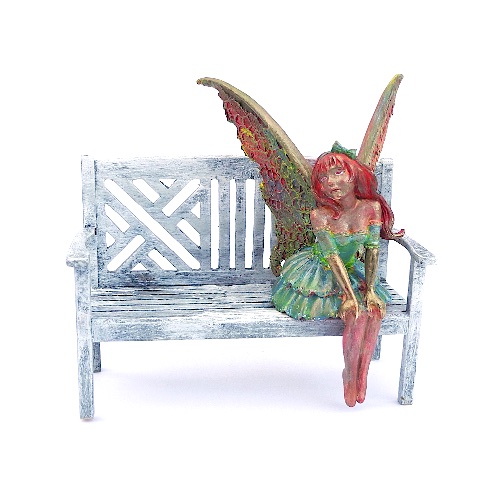 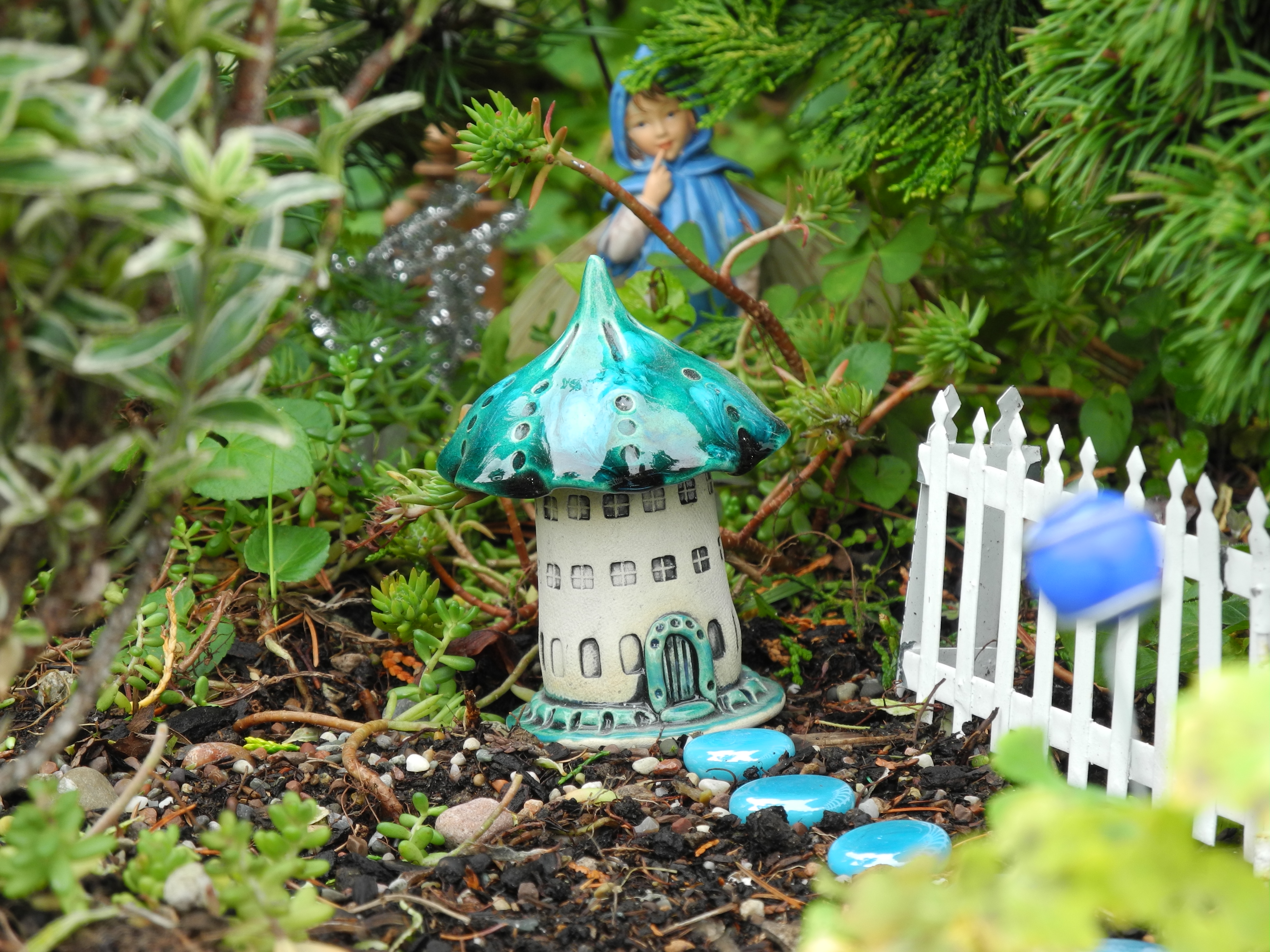 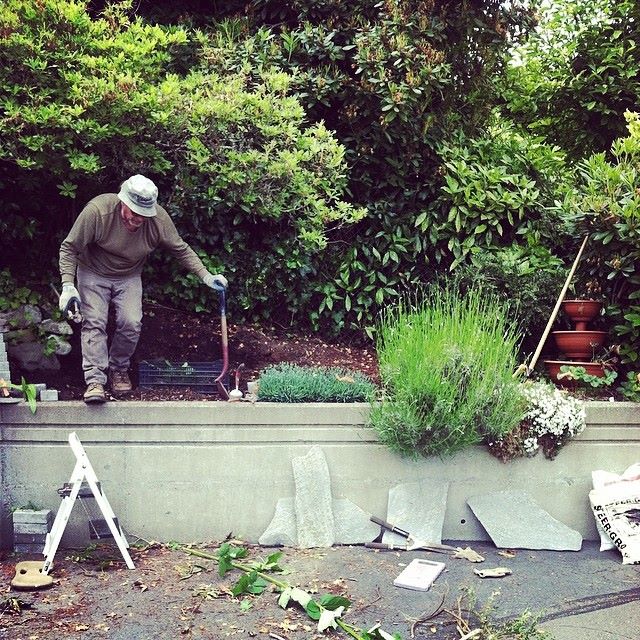 Steve helping out with a fairy garden install in Everett, Wa.

The Trouble With Fairies

This book is intended to be a practical guide to creating the garden around your fairy, rather than trying to define exactly what fairies are and what they mean to you. Some people cringe at the thought of fairies, while other people can’t seem to get enough of them. The topic is a perfect lure to get the kids out in the garden along with you, but it can also be a mature topic that is very rich in history and creativity.

Almost every culture seems to have some sort of fairy lore, from Hawaiian to Turkish, Indonesian, Chinese or Maori, the elusive fairy is part of our history regardless of the rainbow colored unicorns. So what stops people from appreciating fairy gardens? What is it that is repelling them? Not everyone loves to garden in miniature but everyone loves a miniature garden at the very least. What happens then, when we add the fairies? Let’s dig in and find out why and, at the same time, improve and raise the bar on fairy garden to a level of sophistication, so most people can, at the very least, appreciate it.

Many different kinds of containers are created to host a fairy but the main element, the garden, is either missing or downgraded to a plant or two. One of the reasons why fairies are not even considered by most gardeners could be because the aim of the fairy garden is focused on the accessories, houses and accouterments, and the garden is an afterthought. Fairy gardens have become a sandbox to display a collection of resin houses and miniature furniture, instead of a living garden that would welcome that kind of spirit-animal. If you think about it, the garden is the why the fairy would be there in the first place and it is what will attract a fairy to set up house and home in your space.

Nature, even in its smallest form, conveys mystery, wonder and enchantment simply by being a living thing that is neither part of us, nor made by us. It exists on its own and will go on living regardless of any human element. This must be why we love animals so, they have their own world and lifestyle that keep us amused to no end. To create a fairy garden without a living garden wouldn’t be a garden, it would be a display to contain this spirit-animal-creature not entirely unlike a cage in a zoo. A well-done fairy garden would be so appealing it would cause the viewer to believe that, at anytime, a fairy could walk out into that miniature garden. To limit the garden-part of the scene puts a limit on the imagination by not connecting the idea with anything natural, growing or living. And therein lies the challenge: how to create a realistic fairy garden. 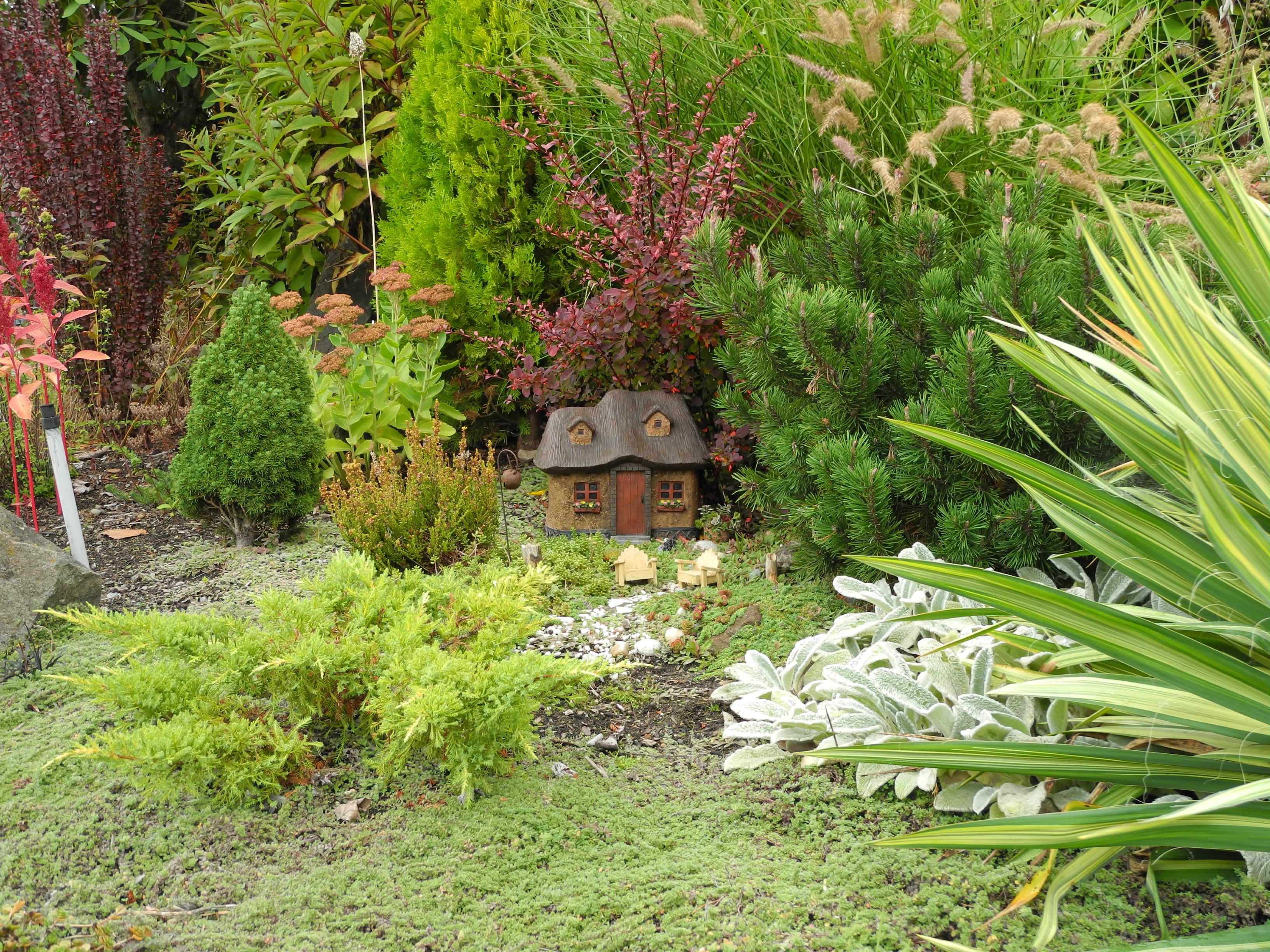 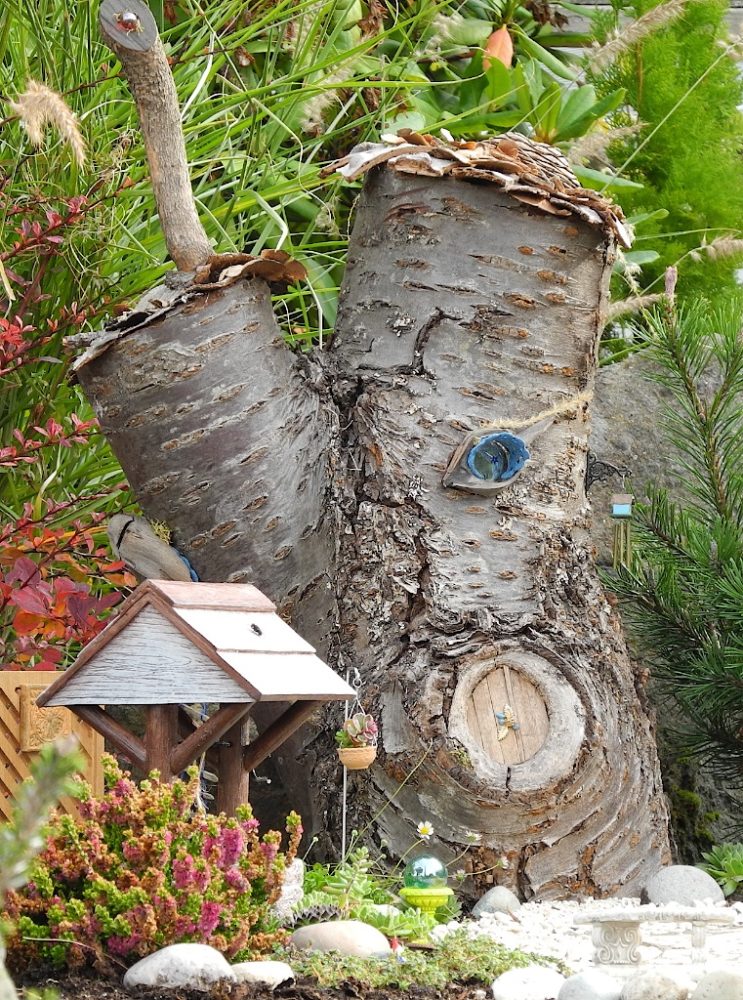 There is another problem too. What is cluttering the fairy garden is the recognition that there are actually two different kinds of fairy viewpoints that you are working with. One view is a scene for the fairies: usually a tiny, in-scale miniature garden with an in-scale patio, furniture and houses that mimic our full-sized world. The other viewpoint is a scene that appears like it is made by the fairies: a random spot in the garden with handmade twig furniture, twig lean-to’s or houses made of bark, found pots, old shoes or toys that would be randomly assimilated by a fairy.

“What is cluttering the fairy garden is the recognition that there are actually two different kinds of fairy viewpoints that you are working with.”

Mix up these two styles of fairy gardening and squeeze the two different ways to create a fairy garden into one scene and it will diminish the enchantment or believe-ability. As a general design rule, using too many ideas in one project/space confuses the message for the viewer. Sort out the two different points of view and keep the ideas separate, then you can begin to treat the fairy garden with the magic that it deserves and perhaps bring more magic into your life as well.

An enchanting fairy garden needs living plants and trees to create the connection with us that only another living thing can deliver. It is in this bond, and because fairies are believed to be miniature versions of us, that lies the enchantment and the delight. 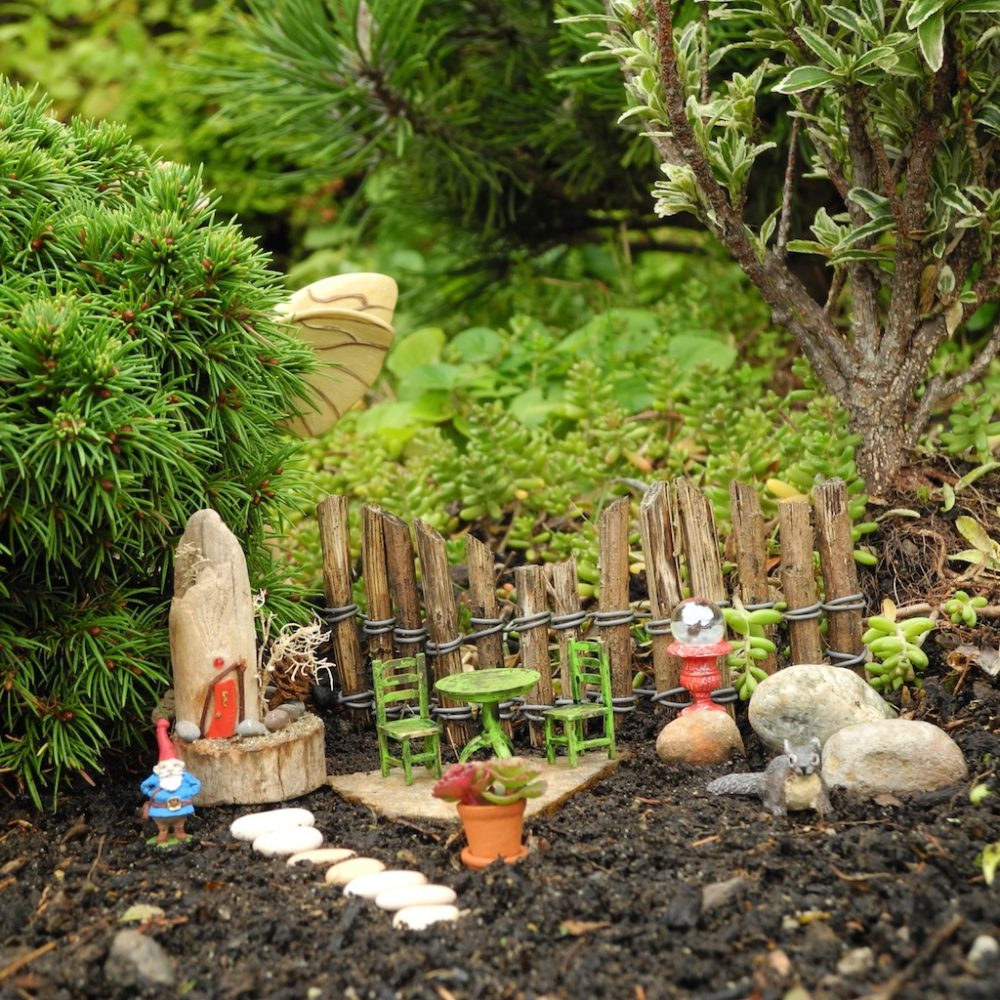 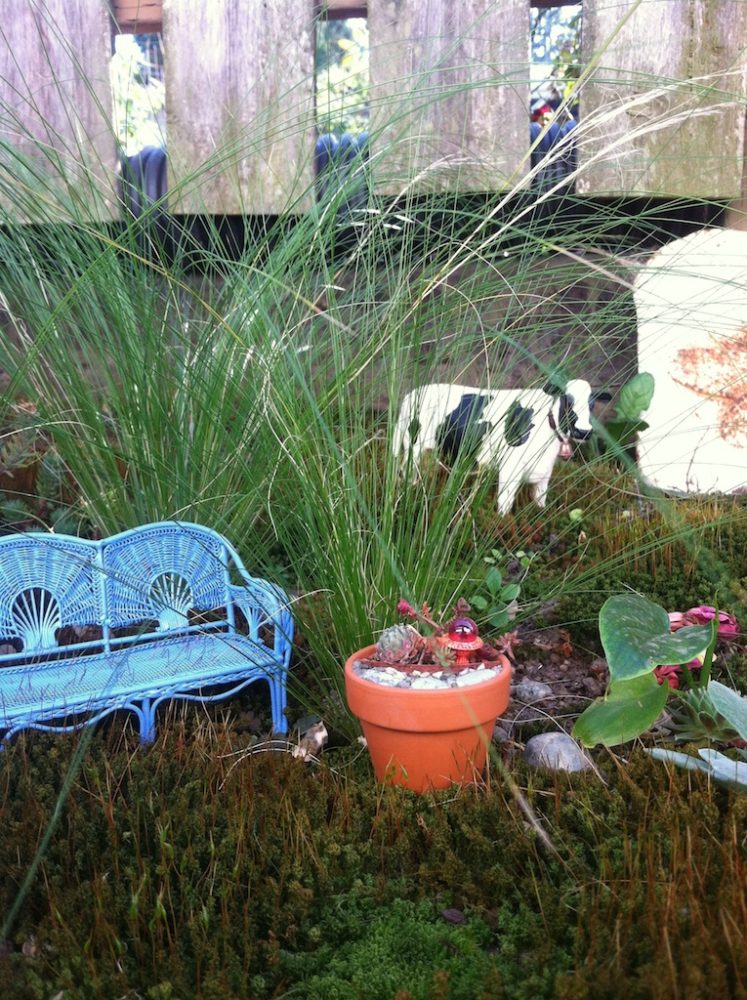 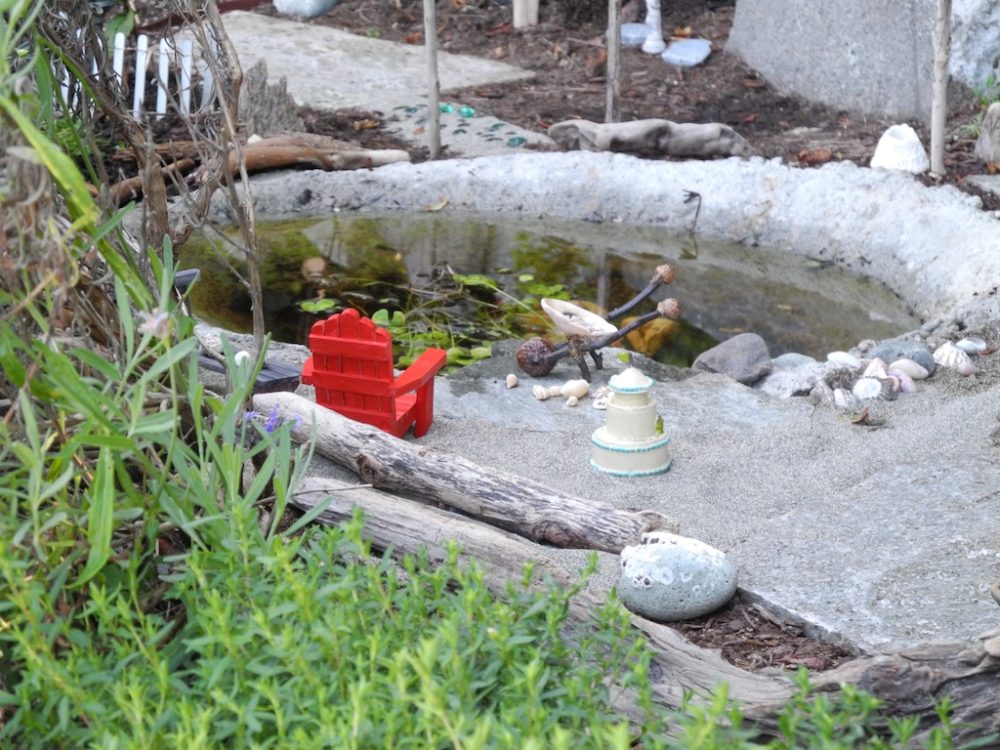 Why do some gardens enchant and others fall flat?

Try some of these answers to see if one fits your situation:

1. Not enough “garden.” A big part of the enchantment comes from the garden because it creates another world. Try planting a miniature garden and then adding your houses and fairies.

2. Mixing up the two styles of fairy gardening. Check to see if you have items “for” fairies and “from” fairies in the same scene.

3. Too many tchotchkes and houses. Declutter, organize and simplify. 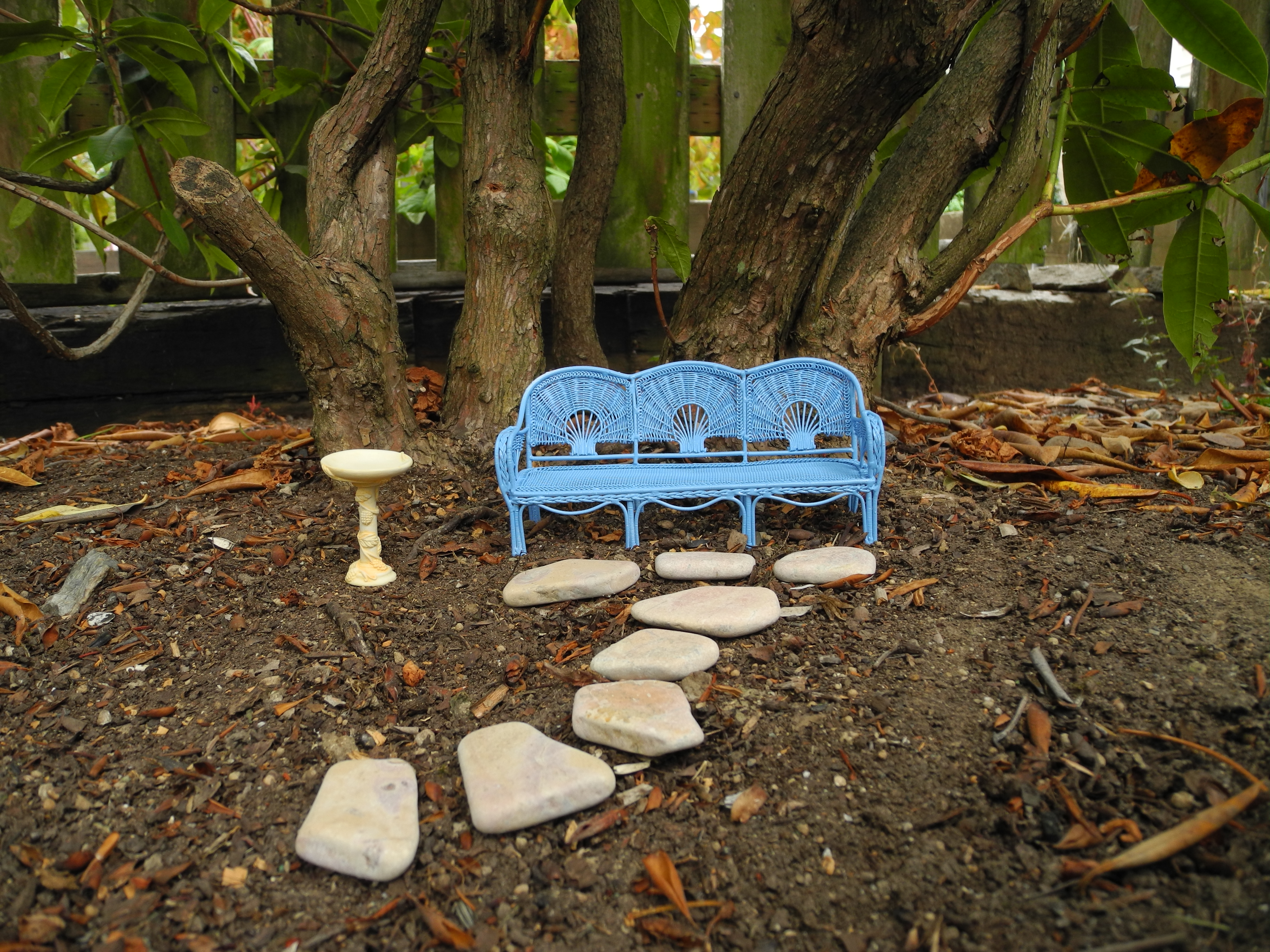 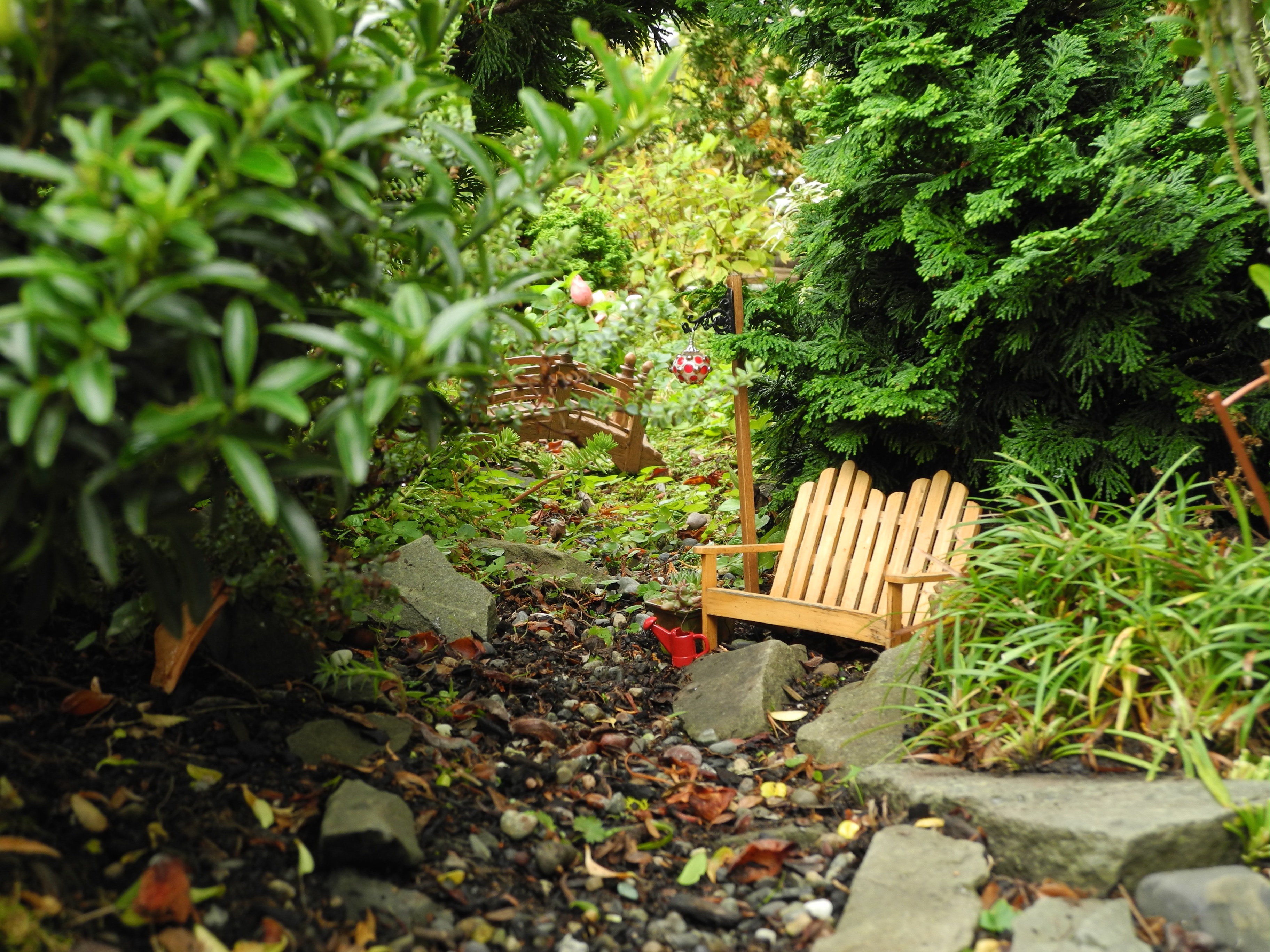